Bartell's Crossroads is located between Johnsonville and Indiantown. The two-story structure at the crossroads was built circa 1935. It was a country store operated by Vasker Calvineau Bartell and Elnora Cox Bartell. Elnora also worked at Wellman in the 1960s. Calvineau's father started operating a store at the crossroads around 1902 and a store operated there continuously through the 1970s. The original Bartell Brothers store at the crossroads burned in 1921 and was replaced by the 2-story building afterward. By the 1970s the second story porch had collapsed and the building was leaning about 10 degrees. Calvineau added a few telephone polls to brace the side of the building. "When the wind starts blowing, everybody starts leaving." one customer told the Florence Morning News in 1973.
One patron remembers that there was a small electric fence around the bread. Calvineau and Elnora's granddaughter Cindy Allen Joye has memories of the store: "I have memories of going there with granddad he would always lift me up so I could get a coke and then he would cut me a huge chunk of cheese and bologna. I loved him dearly."
The store closed after Calvineau passed away in 1976. 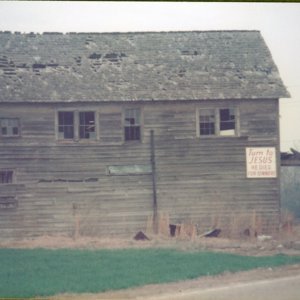 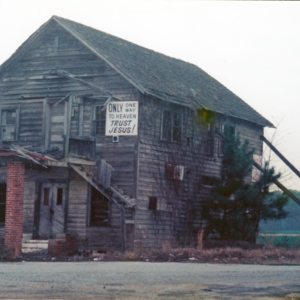 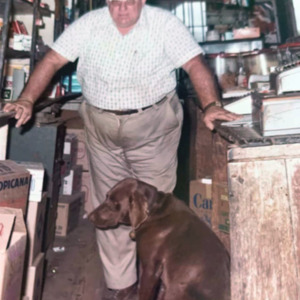