She was a role model of the independent female who lived in
the area of Johnsonville, South Carolina area between 1868 and 1953. She
was a truly a person of exceptional ability and especially so for the
time in which she lived. This multi-talented woman chose to be a school
teacher and thus became another of the Eaddy family to make her most
valuable contribution in development of the youth of her community.

Rosa Belle Eaddy was a principal, teacher, pianist, music director, and
reformer at Old Johnsonville. The school was located between Hemingway
and Johnsonville, South Carolina. She held radical views for her time
and place and once created an uproar over the use of the community water
dipper commonly used in the schools of that era. This was a practice
followed by families at home and difficult to oppose publicly. She had
each child to furnish his own drinking vessel to counteract the spread of
water borne diseases. Time has proved her correct and added to the
respect held for her by those who knew her.

Rosa Belle Eaddy was a strong and forceful woman who was profoundly
respected in her community and church. She was reported to be a dramatic
teacher who could leave a lasting impression on here students in the
public school as well as the Sunday school classes. Among her practical
skills were those of carpentry used to build her own house and she shoed
her own horses. She was elected as Mayor of Johnsonville in 1925, becoming
the first woman mayor in South Carolina. In this office, she readily
exercised her authority to arrest persons found violating the law.

Rosa Belle Eaddy first married Wattie Gamewell Woodberry with whom she had four sons and one daughter. Two of of her sons graduated from the U. S. Military Academy, and both were inventors of and holders of numerous patents. After the death of her first husband, she married R.B.W. "Willie" Dickson. No children were born to this marriage. 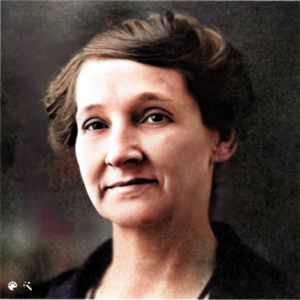